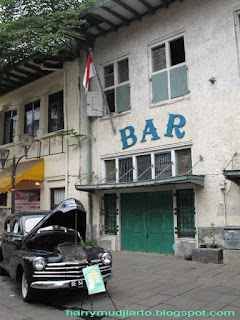 20th September 2012 was the Governor Election Day for Indonesia capital region, Jakarta. According to the election, some companies in Jakarta decided to make that day as a special day off for their employees. So I, with five fellow members of Travel Troopers, who aren’t holding Jakarta Citizen ID, planned to explore the other side of Jakarta called Kota Tua (Old Town/ Old Quarter) and the museums inside Kota Tua area.
Kota Tua, once was the center and the downtown of The Netherlands government district in Jakarta (Jakarta was called Batavia during the colonial era). I believe that the area shrunk during development era and left some pretty narrow area. The center of Kota Tua consists of one square/plaza, surrounded by many colonial buildings which are used as museums (such as Fatahillah Museum, Wayang Museum, etc) and office government like post office, etc. 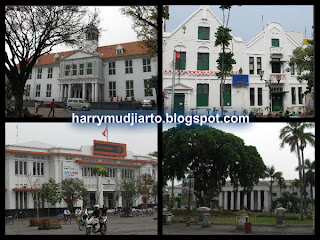 The museums around Kota Tua open daily for public (9 am to 3 pm local time), except for Monday and public holiday when the museums are closed.


Was 20 September 2012 finally a public holiday for the election of governor? YES! And, yes most of the museums were closed except the square and the two museums nearby the square, Bank Indonesia Museum and Bank Mandiri Museum.
We thought that those two museums, square and some culinary adventures in Petak Sembilan were worth enough to be explored. So, the show must go on and we arrived in Kota Tua Square at 8 am. The square was already filled with dozen of visitors and later on with more hundreds of visitors in about an hour. Well, first thing to do was looking for some breakfast. There are many tents offering authentic Jakarta traditional dishes like chicken porridge, lontong sayur, soto, etc and don’t be surprised if you find traditional ice creams sold in the morning around this area, such as es potong and es goyang in many flavors. 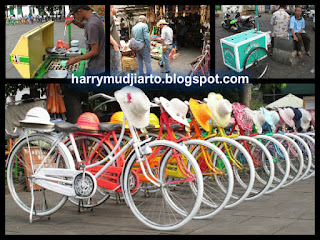 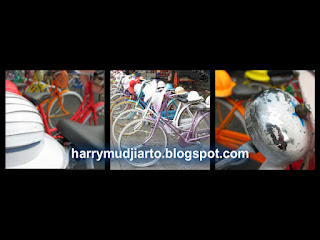 Bicycles are available for rent around Kota Tua area (commonly used inside the square), alongside with many tents offering some traditional toys, souvenirs, accessories and many more. Unfortunately, the square was on pretty dirty condition, with some dirty puddles and some garbages. It would have been nicer and more comfortable if the square had been in good condition.

Done with the breakfast, snack, ice cream and photo sessions, we decided to circle around The Fatahillah Museum which was closed. The Fortuna Goddess had to be in our side, because when we reached the back gate of the museum, there were couple of the museum staffs sitting in the front of the gate, and one of them allowed us to enter the park inside the building and also accompanied us telling about its story and history. Fatahillah Museum was the government’s central building of The Netherlands and the jails inside the building were used to imprison Indonesia’s National Heroes, namely Cut Nyak Dien, Prince Diponegoro, etc. Unfortunately we still were not allowed to see the museum’s collection inside the building because the doors were locked up by the higher authority staffs. 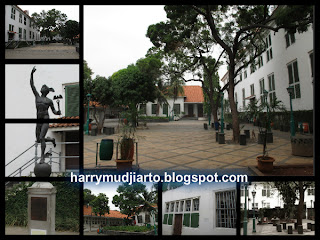 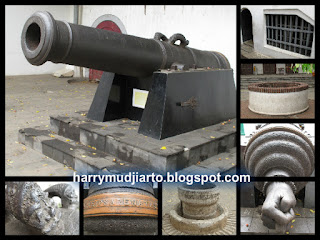 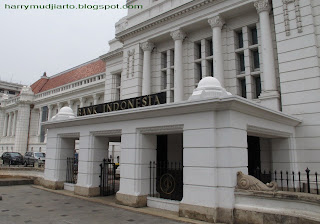 The museum was quite stunning with modern setting inside the colonial building and air conditioned, showing many objects in low lights. The museum shows many scenes of bank condition and situation back to colonial era, some history of Indonesia, transformation of Bank Indonesia’s logo, Bank Indonesia’s blue print, money from all around the world, Indonesia’s money since ancient era (gold coins from Majapahit era) to current time and many more. 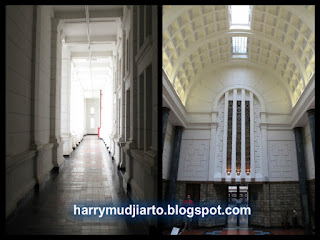 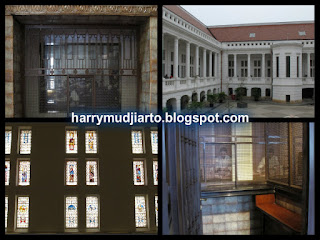 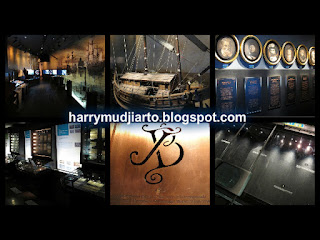 Photography was allowed in all rooms, but we had to turn off the flash in some rooms, like inside money room.

Bank Mandiri Museum is located just right next to Bank Indonesia Museum and opens daily for public except on Monday and public holiday. Bank Mandiri Museum is inside the colonial building which is still quite as the same as it was, without air conditioner in entire rooms, and unfortunately needs a serious maintenance for its building as well as the collections. The museum shows many objects of bank’s tools, equipments, stationary, some scene of the bank’s operation back to colonial era and massive old safe deposit (khazanah) which cover all the basement area of the building. 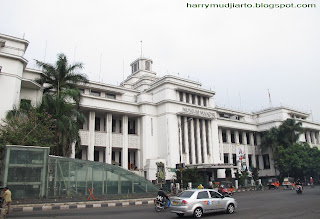 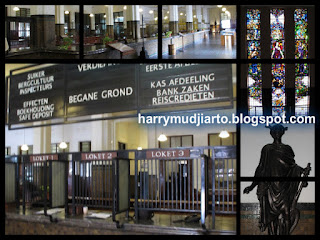 Petak Sembilan is located hundreds meter from Bank Mandiri Museum but still possible reached on foot. Petak Sembilan is inside one of the biggest Chinatowns area in Indonesia which consists of thousands of residents and shops offering accessories, cake and pastry, household wares, daily things, entertainment, books, and many more like typical of Chinatown. In culinary genre, so many cuisines are offered from Chinese cuisine to Jakarta traditional cuisine (some of the cuisines are not kosher).
What a great day off getaway with great friends, thanks to @monyetterbang @duwdr @callmematheo @dinoynovita @reitoku

Special thanks to Resviana for my English translation review
Posted by harry mdj at 2:30 PM