11 Things, While You Were Traveling in Indonesia 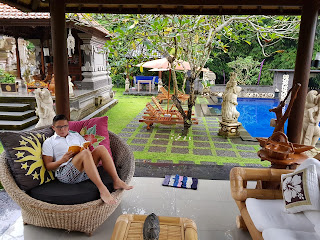 Indonesia is consisting of more than 17 thousands islands and islets. Indonesia has hundreds of native languages and dialects, as well as cultures. We unite through our national language, Bahasa Indonesia. The descendant of immigrant, like Chinese, Arabian, Indian, etc, speaks, read and write fluently in Bahasa Indonesia. We sing our National Anthem, Indonesia Raya, together from west to east. We also have similar culture despite we have different details in each culture. We are the locals of Indonesia.

Me? I was born in Indonesia as Indonesia Citizen. I’m the youngest but the first born child as Indonesia Citizen. My parents were also born in Indonesia, as well as my big brother and sisters, yet they were holding some kind like China’s Passport until around late 70’ies. My grandparents were born in China and came to Indonesia when they were teens (in early 20th century). I don’t deny my Chinese thingy which run through my blood, yet I prefer people call me as Indonesian not Chinese, because by the law, by the birth and (first of all) by my heart, I am an Indonesian.

I’ve been traveling since I was a child. My parents did love traveling so much. I started to capture my travel moment in early 2000. I love traveling because by that time, I think I can completely being myself. Yet I can’t do traveling as many as I wish, because of the money and the time. Currently I work as financial planner in a listed company and I only get (max) 15 days for my annual leave.

And here the 11 things that you have to know and aware, while you were traveling in Indonesia.

1.       RIGHT HAND (left hand is inappropriate)
I’m not sure why, but for sure left hand is considered as “dirty” hand. So, even for left handed, use your right hand to shake hand and to hand over anything to someone else in Indonesia. If somehow you have to use your left hand, “maaf menggunakan tangan kiri” (sorry to use my left hand) is the magic words to make your left hand forgiven.

2.       BURP (inappropriate)
Burp, for most Indonesian (especially in big city) is considered as inappropriate. If by accident you burp, just say “maaf” (sorry) to make all sneers addressed to you into smiles. However in some specific area it is considered as a satisfaction and respect to the hostess after you finished the meal.
3.       FART (not cool)
In all around Indonesia, fart in public is not cool, especially when it follows by bad smell, period.

4.       HUMIDITY  (high humidity)
Even in the coldest day, you only need a thin jacket. Long coat is not common being used because it will make you sweating really badly even in the coldest day. However, in some place the weather could be up to minus. Like when you go to plateau and mountain.

5.        SHOWER (every day in the morning and in the evening)
Because of high humidity, it is common in Indonesia (especially in city) that locals take a bath at least twice a day. In the morning before you start your daily activities and in evening after you get home from office or work places.
Most Indonesian modern bathroom is equipped by water closet, most, with water mini spray. Like all Asian, Indonesian prefers to wash and clean up with water, than only using a toilet paper. However in traditional bathroom, Indonesian still using squat toilet (is it the right term?) and some without water mini spray or toilet paper. You have to use water scoop to wash. Be gently guys or it will be messy.

6.       FOOTWEAR (take off or used)
Footwear is always used in public area, restaurant, etc, like in other country, except praying area in Mosques and Buddhist Temple (Vihara).
However if you come visit to local’s private house, is considered as politeness to take off your footwear. Sometimes even when the house’s owner welcome you to come inside the house with footwear, it’s Indonesian way politeness to leave your footwear outside the house, especially when the floor is very clean with shiny tiles.

7.       SPICY LEVEL (high)
Spicy could means herby and hot as well. Indonesian delicacies for sure have complex flavors, mostly could be very herby. Yet, not all Indonesian delicacies are hot spicy. However you should be aware that Indonesian chili is one of the most hot spicy in the world, as well as chili paste.
Your circumspection to add chili paste to your meal or to order hot spicy delicacies in Indonesia may save you from burned mouth. For mostly Western and European, trust me dude, you r level of hot spiciness is way down than Indonesian.
Please aware that in all restaurant (traditional and international fast food brands) around Indonesia, they serve not only tomato sauce (ketchups) but also a chili sauce. For some western and European, Indonesian Chili Sauce is considered spicy.

9.       BULE (insulting? NO)
Bule (or Londo – Javanese) is the word for describe a white people especially as tourist/expatriates in Indonesia. For some, bule is considered as rich people and generous people. That’s why, in some tourist area, bule may will served with higher priority than domestic tourist. Please alert of spamming.
In some area, bule is not common. So, prepare yourself to be treated like a superstar. Some local may take your picture and/or ask you in frame with them. What should you do? say yes, because it will made their day and you will considered as a nice polite bule (not the cocky one).
However, base from my bule acquaintance’s story, in some place, you may find difficulties to get services that you need, because most of Indonesian do not speak English (especially in non-tourist and international business district). They don’t even to be around you and the worst, the waiters may ignore your hand waves. Be patient, your language could be a high barrier for them to understand what you want to say.
“The power” of bule is still has big impact in some place and some locals easily get intimidated by bule. Yes, it may follow by benefit and problems as well. So please keep your attitude, voice and tone nicely and locals will respect you more.

10.   Women’s Clothing (moderate)
Most Indonesian are conservative, especially in non-tourist area and small cities. Yet, it doesn’t require covered clothing for women, like in any Moslem’s country (except in Aceh Province). Tank top and hot pants are accepted in tourist area, big cities and cosmopolitan areas. Bikini is mostly accepted in tourist beaches but please be aware that bikini could be considered as inappropriate in some conservative tourist area.

Why Eleven? No particular reason. I just wrote this article and stop in 11. Hopefully it helps, even little.
***
Posted by harry mdj at 8:00 PM